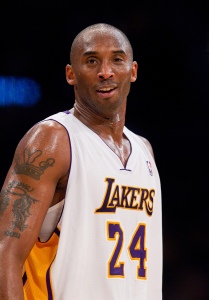 I’ve always been fascinated to know what professional athletes do to prepare for a season.

Growing up I played basketball and football. I would constantly look up what NFL and NBA players were doing to get ready for their respective season and I’d pull some things away from there to use in my own training.  Furthermore, I was always inspired by how much time they committed to getting better at their sports.

Professional athletes are the best at what they do – they are the elite. Even the bench warmers in the NBA still are extremely good basketball players (Though some people may argue with me on this point).

More interesting to me is this question: How do the elite of the elite separate themselves?

I mean think about that for a second. Let’s just use the NBA for an example. There are only 12 or so guys on a team and 30 teams total, so we have about 360 players in the NBA. Of those 360 players only 150 are starters. Of those 150 starters only 24 will make it to the All-Star game, which I would then call this group the elite of the elite. Oh and by the way this group of 24 elite of the elite players were the best on their college team (If they even played in college) and the best on their high school team. They beat the odds to even make it into the professional ranks, let alone become one of the best in that group of people.

Becoming the elite of the elite takes hard work, but everyone knows that. It also take a large amount of talent as well, however, tremendous amounts of talent without hard work doesn’t get you to the top or keep you there very long.

So, then of course after looking at the training of the elite of the elite athletes in professional sports I then wonder this: What are the best players in professional athletics doing to prepare for a season? I’m not talking about simply an athlete who makes it to the all-star game once or twice. No, no, no. I’m wondering about those players that are all-stars year in and year out consistently through most of their career.

Through my constant wonder about the top performers in professional sports I came upon this story demonstrating Kobe Bryant’s insane work ethic during his preparation for the Olympics. Let me tell you this, you will be amazed! The amount of time he puts in is tremendous. Take a look at the article here.

I also found another website that had Kobe’s workout plan in it and it can be found here. Kobe puts in the hard work needed to be great and his career has shown that. His work ethic should be an example for athletes everywhere.

Check out the two links and let me know what you think! Is he the hardest worker in the NBA?